“The President Shop is a marvelous, timeless book that sweeps between the personal and the panoramic as it asks, Does every family, or country, contain an axis, around which the rest of it spins? Can you hear the voice of a stone? How clearly can anyone see the past or future? For which tyrannies have we been unwittingly waving flags?” Catherine Lacey, author of Pew and Certain American States

The President, the founder of the Nation, is an old man now, but his young and unifying spirit stands steadfastly at the heart of The President Shop, Vesna Maric’s debut novel. Images of and tributes to the President are found in all homes in the Nation, procured from stores like the one Ruben and Rosa Maric run. The couple met as Partisans, fighting to forge the Nation in the crucible of conflict. But even though their pride shines as brightly as the gilded bust of the President, the younger generation has questioned whether the Nation really has its citizens’ best interests in mind. Ruben’s brother is actively working to avoid mandatory military service as he pines away for another man, and Ruben and Rosa’s daughter, Mona, is too busy adjusting to womanhood to get caught up in state-mandated nostalgia. To further exacerbate the family tension, an elderly uncle claims to have invented a machine to see into the future, which he stores in the basement of the family’s apartment building. But there is no telling what the future really holds in store as the beliefs of the past slowly start to crumble.

'Mona could not have taken in the details of the President Shop on the day of her birth but if she had, she would have seen a display of the President’s portrait from all sides. Profile, semi-profile, front facing; young, middleaged, old; wartime, post war; military clothing fatigues and dress uniforms and crisp civilian suits. There were pictures of the President driving one of his limousines in a white suit, decorated with military honors, his hands gloved in white silk; the President’s wife beside him, wearing a bouffant hairstyle like a dark medieval crown. But Mona, her newborn soul still mindless and full of stars, grasped that birth was suffering and love, and that the outside world was filled with odors and sensations she could not resist or pull away from. She discovered that she could cry, and that most of the time, if she cried, she would be filled with sweet breast milk and embraced by Rosa into a softness and fluidity that closed around her like tulip petals.'

Vesna Maric was born in Mostar, Bosnia and Herzegovina, in 1976. Her memoir, Bluebird, published in 2009, was Radio 4’s Book of the Week and was long-listed for The Orwell Prize. An excerpt from Bluebird won a Decibel Penguin Prize for new writing in 2007. Bluebird has been translated into French, Dutch, Spanish, Marathi, and Croatian. Maric left Bosnia and Herzegovina when she was sixteen on a convoy of Bosnian refugees heading to the Lake District, later moving to Hull, Exeter, and London. She studied Czech literature at the School of Slavonic and East European Studies, University College London. She went on to work for the BBC World Service and now writes Lonely Planet travel guides, translates literary fiction and non fiction from Croatian into English, and writes a variety of journalism for publications including The Guardian and Granta. Maric has collaborated with various artists, including Jane and Louise Wilson, and Tate Modern’s Who Are We? project. Maric lives in Madrid. 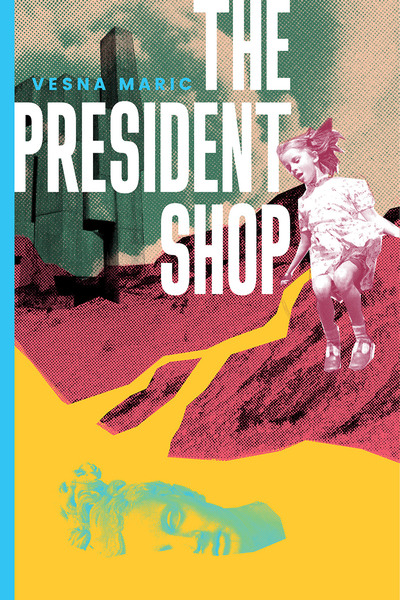